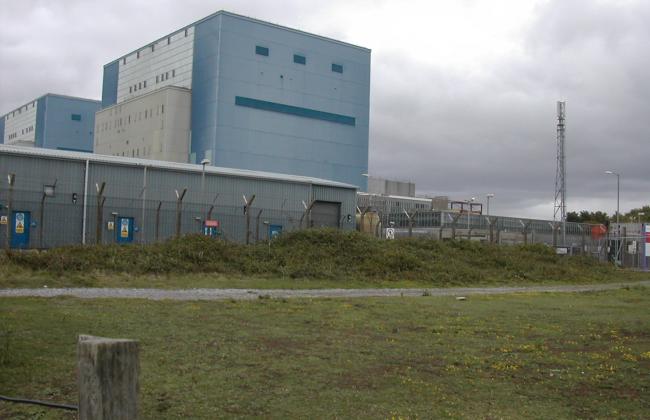 Stop New NuclearThe future of two reactors at Hinkley Point, and the Tories’ “significant new nuclear” election policy, has been set back by a “very serious fault in a crucial part” of an EPR reactor in Normandy. The head of France’s nuclear safety inspectorate said identical safety casings have been made for Hinckley Point, and the prototype plant at Flamanville, nearly three times over budget, could be further delayed for several years.

Not only is this terrible news for the nearly bankrupt French state-owned nuclear construction company Areva, which is supposed to build two EPR reactors at Hinkley by 2023 and a third at Sizewell in Suffolk, it could also scare off the Chinese state investors who are lined up to cover part of the cost of the £14bn Hinkley project, intended to supply six per cent of Britain’s energy needs for six decades.

Mark Hackett, a councillor in Manchester who chairs Nuclear Free Local Authorities, said: “This is a devastating blow to proponents of new-build nuclear power stations in the UK. It is likely to scare off the Chinese backers. If I was a betting man, I would now bet that Hinkley Point will never be built.” Britain, the United States and China are in the process of buying versions of the new generation of Areva's European Pressurised Reactor (EPR), which is supposedly safer and more efficient.

It's also bad news for both the Conservative and Labour parties' nuclear energy policies. David Cameron, in his speech launching the election manifesto, mentioned North Sea energy but not climate change or carbon. But the Coalition put a halt to construction work pending 35 year electricity contracts being signed at guaranteed, ultra-high prices, and after the election these contracts would provide more than £300bn for Électricité de France (EDF), which has colossal liabilities for decommissioning and replacing its vast fleet of 59 reactors, as well as a further 15 in the UK.

Not only is the French nuclear industry, dependent on massive European Commission approved state subsidies, facing bankruptcy, so are the UK's major political parties' energy policies.