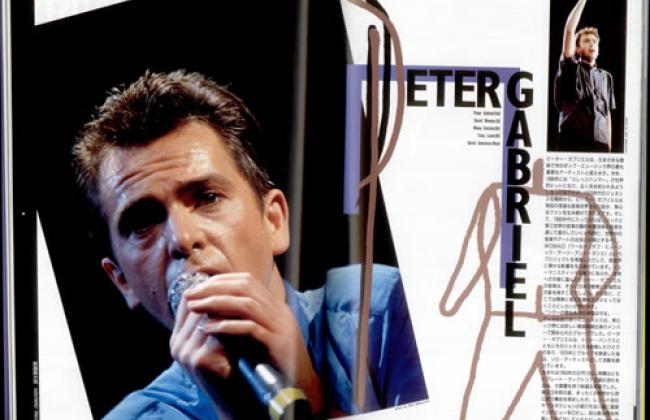 The APC, Caspar Bowden and Kathy Sierra have been awarded this year’s Pioneer Award by the EFF. Read Peter Gabriel’s message of congratulation to Executive Director Anriette Esterhuysen and the APC.

The Association for Progressive Communications (APC) have been honoured at this years Electronic Frontier Foundation (EFF) 2015 Pioneer Awards which took place last night (Thursday 24 September). Peter was involved in the formation of the APC in 1986 and below you can read his note of congratulations to all the APC team.

Congratulations to Association for Progressive Communications (APC), on their Electronic Frontier Foundation (EFF) 2015 Pioneer Award. Executive Director Anriette Esterhuysen and the APC have been honored with this well-deserved award tonight for their decades-long work leveraging the Internet to support the causes of peace and justice, the environment, open source and access, and human and Internet rights, around the world.

I had a small part in the formation of the APC back 1986 when I suggested we should organise a concert to fund the creation of a global peace network and the University for Peace . I called up my old friend Little Stephen and we hustled a number of musicians to accompany us to a very cold stadium in Tokyo for the Hurricane Irene concert . This concert was a catalyst for the formation of the APC, which it helped to fund and was initiated by Mark Graham, Mitra Ardron and Danny Schechter.

For the past several decades, APC and its members organizations have played a leading roll establishing the first internet service in many countries, creating and promoting the first Internet Rights Charter, and helping individual activists, NGOs, and UN organizations and events harness of the power of the Internet as a force for positive change in the world.

“This award means recognition of the APC network’s pioneering contribution over the last 25 years from an organisation that we respect enormously,” said Anriette Esterhuysen. “We have worked hard to get the internet to people and places often overlooked by the mainstream internet developments, and we understood early on that it is not just about access, but also about the freedom and rights needed to use access for protest and action, to organise and to build communities who fight for justice online and offline. EFF is aligned with these values, and the fact that it has recognised our work is an enormous motivation.”

The late international privacy expert Caspar Bowden, the human rights and global security researchers at The Citizen Lab, and digital community advocate Kathy Sierra will also be recognised with the award.

“This extraordinary group of winners have all focused on the users, striving to give everyone the access, power, community, and protection they need in order to create and participate in our digital world,” said EFF Executive Director Cindy Cohn. “This group has worked tirelessly to bring to life a future where new technologies don’t compromise privacy or safety, or leave anyone behind. We are so proud to honor them with Pioneer Awards, and we’re deeply grateful for the work they’ve done.”