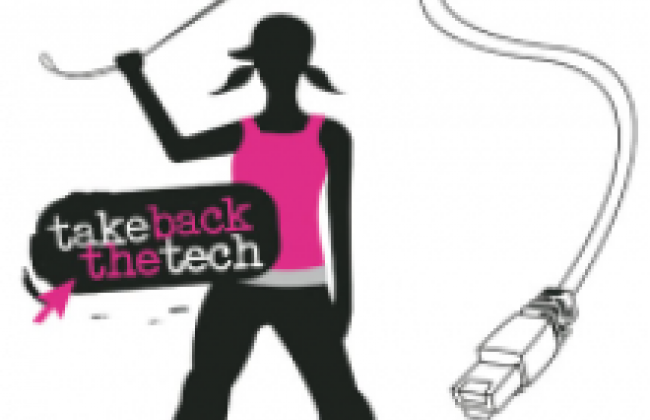 Since 9 October misogynists and trolls using the #Gamergate hashtag have attacked #TakeBackTheTech and #ImagineAFeministInternet with thousands of abusive tweets and memes in a co-ordinated anti-feminist response to a tweet chat organised by the IGF Best Practice Forum on Countering Online Violence and Abuse. The volunteer organising the tweet chat also received an email declaring the purpose of the attack was to “destroy” the campaign.

12 October 2015: The attack against APC and Take Back the Tech and efforts to hijack the #takebackthetech hashtag, which has involved people who self-associate with #Gamergate posting threats targeting members of our community and images that depict women being subjected to physical and sexual violence, illustrate how women’s and girls’ voices are silenced on social networking platforms by violent and sexist expression.
The scale of this attack thus far has involved more than 20,000 tweets and memes containing anti-feminist, racist, violent and abusive content, which has also been targeted at those who expressed support for #TakeBacktheTech. Emails that included threatening content have also been sent to individuals associated with organising the the initial Twitter conversation that launched the attack. It bears repeating that the attacks are coordinated, planned and organised, and this demonstrates the importance of continuing, collaborative efforts to address this issue.
Thanks to those who have expressed their support.
To find out more about online violence against women:
http://www.genderit.org/sites/default/upload/end_violence_malhotra_dig.pdf
Take Back the Tech! was launched in 2006 by a group of young women in Southeast Asia in response to an increasing recognition that emerging ICT developments like mobile phones and geolocation software were used to extend the violence that women faced in physical spaces through SMS harassment and cyber stalking by abusive partners. See here for full research on case studies in seven countries.
Take Back the Tech and APC have never supported censorship; to the contrary, we have explicitly explored means of addressing online hate speech in general, and misogynist content in particular, without resorting to censorship. Claims to this effect in the recent efforts to hijack the #takebackthetech hashtag are simply not accurate. APC’s Internet Rights Charter, a document which interprets how fundamental human rights apply on the internet, was released in 2001.
Claims that APC supports doxing (defined in Wikipedia as searching for and publishing private or identifying information about a particular individual on the internet, typically with malicious intent) are also not accurate. This claim was made in response to a reference in an educational comic available on the Take Back the Tech! site to the case of Mary Beard who was offered, via a public tweet, contact details of the mother of a tweeter who had been attacking her online. She did not seek it out nor did she use it. Instead she communicated directly with the person who had been posting the abusive tweets and in a rare instance, was able to resolve the situation (http://www.theguardian.com/books/2014/aug/27/mary-beard-befriends-twitter-trolls-online-abuse)
APC collaborates closely with the United Nations. APC and Take Back the Tech did not author the ITU Broadband Commission report “Cyber Violence against Women and Girls: A world-wide wake-up call”. We agree with most of the content of this report, but there are areas of analysis and recommendations in the report that we do not support in full. To learn more about what APC’s position is with regard to online free expression and responding to harmful content refer to: http://www.genderit.org/feminist-talk/pulling-back-veil-free-speech.
APC and Take Back the Tech are stakeholders of the Internet Governance Forum (IGF) Best Practice Forum to share learning and experiences on how to respond to online abuse and violence against women. The IGF is a multistakeholder platform that facilitates policy dialogue on key and emerging issues related to internet policy and governance. As with all other IGF processes, the work of this Best Practice Forum has been inclusive and transparent. It is unfortunate that this transparency has been used to misrepresent the goals of this process
(https://www.youtube.com/watch?v=lK7nnL11dIE)
If anyone wants to access accurate information about the IGF and this Best Practice Forum, refer to:
http://www.intgovforum.org/cms/best-practice-forums/4-practices-to-count ering-abuse-against-women-online#about
Similarly, if anyone wants to make constructive contributions to the Best Practice Forum’s work, please comment on Draft II, currently published for public input:
http://review.intgovforum.org/igf-2015/best-practice-forums/draft-ii-bpf--on-practices-to-counter-online-violence-against-women-and-girls/
https://www.apc.org/en/node/21141/
https://www.accessnow.org/blog/2015/10/21/takebackthetech-shows-fight-for-inclus...
https://www.takebackthetech.net/blog/facts-takebackthetech