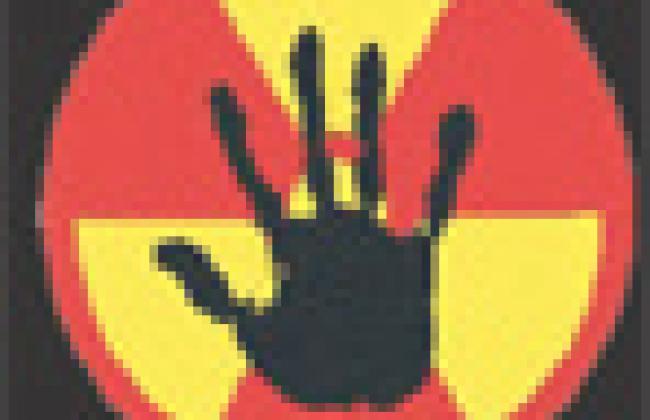 Not only is the site selected for a national nuclear waste dump in South Australia’s Flinders mountain range Aboriginal spiritual land, it’s also subject to seismic activity and flooding. Sign the petition against #barndiootadump.

The Australian Federal Government has announced that the Flinders Ranges in South Australia has been selected as the preferred site for a national nuclear waste dump.

Adnyamathanha Traditional Owner Regina McKenzie, who lives at Yappala Station near the proposed dump site and is a member of Viliwarinha Yura Aboriginal Corporation, said:

“There are frequent yarta ngurra-ngurrandha (earthquakes and tremors). At least half a dozen times each year, we see and feel the ground move. It is flood land. The water comes from the hills and floods the plains, including the proposed dump site. Sometimes there are massive floods, the last one in 2006.

“We don’t want a nuclear waste dump here on our country and worry that if the waste comes here it will harm our environment and muda (our lore, our creation). We call on the federal government to withdraw the nomination of the site and to show more respect in future. We call on all South Australians − all Australians − to support us in our struggle. Adnyamathanha Traditional Owners and Viliwarinha Yura Aboriginal Corporation will fight the proposal for a nuclear waste dump on our land for as long as it takes to stop it.

“Last year I was awarded the SA Premier’s Natural Resource Management Award in the category of ‘Aboriginal Leadership − Female’ for working to protect land that is now being threatened with a nuclear waste dump. But Premier Jay Weatherill has been silent since the announcement of six short-listed dump sites last year. Now the Flinders Ranges has been chosen as the preferred site and Mr Weatherill must speak up. The Premier can either support us or he can support the federal government’s attack on us by maintaining his silence. He can’t sit on the fence.”

“Vulnerable communities are suffering from lack of vision from our government and industry ‘leaders’ and should not be the government’s target for toxic waste dumps. This predatory behaviour is unethical and is an abuse of human rights. An Indigenous Protected Area is a Federal Government initiative, but it seems that in the case of Yappala this means nothing to the government. We ask you to honour this commitment to protect, not pollute and damage our land. This facility will cause immeasurable damage to the whole area which is covered with thousands of artefacts, home to people, animals, birds and reptiles. The building of this facility will cause widespread damage. It will scar the area and break the spiritual song-lines like never before in the 60000+ years of human occupation. We don’t want this waste in our country, it’s too toxic and long lived.”

“The First Nations people of Australia have been bullied and pushed around, forcibly removed from their families and their country, denied access and the right to care for their own land for over 200 years. Our health and wellbeing compares with third world countries, our people crowd the jails. Nobody wants toxic waste in their back yard, this is true the world over. We stand in solidarity with people across this country and across the globe who want sustainable futures for communities, we will not be moved. We challenge Minister Josh Frydenberg on his claim that this waste is just “gloves, goggles and test tubes” – the intermediate-level waste is much more toxic so why not talk about it? What about the damage to the area that construction of this site will cause? You can’t compensate the loss of people’s ancient culture with a few dollars.”