#Budget2015: Welfare for Fossil Fuels, Austerity for the rest
19 March, 2015 - 20:55
Mar 18, 2015 • 3:45 pm • by mika Today, Osborne announced massive tax breaks and subsidies for North Sea oil companies. A new £1.3 billion in subsidies will be handed to oil companies, with the burden transferred to the public. £1.3 billion could cover the costs of employing another 20,000 nurses in the NHS.
Austerity, Climate Justice, Environment, Politics & Government
When is "fracking" not "fracking"?
5 March, 2015 - 22:53
Energy expert Paul Mobbs, arrested taking action against the government's "misconduct in public office", says that even the cleanest "unconventional" fossil fuel is devastating to the environment in his latest blog...
direct action, environmental risk, Fracking
TTIP: the next phase of the austerity agenda, by Thomas Fazi and Werner Raza
18 December, 2014 - 16:54
A recent report by the Austrian Foundation for Development Research has critically assessed many of the claims about the supposed benefits of TTIP, finding them to be flawed, unrealistic and ideologically biased. Most of the impact assessments on TTIP commissioned by the various European member states and by the European Commission describe the signing of the EU-US trade deal as an ‘economic El Dorado’ that will bring about more growth, more exports and more employment, and will almost single-handedly drag Europe out of the crisis.
Fear and loathing of social media, by Paul Bernal...
1 December, 2014 - 21:10
There seems to have been a lot of negativity about social media in the last few weeks and months. It has a number of different facets and works in a number of different directions.Command central for terrorists
Climate Science & Falsifiability
8 October, 2014 - 21:43
Richard Lawson shows how Karl Popper can help settle the climate debate.Policymakers worldwide face a major headache relating to energy strategy. On the one hand, most climate scientists are warning that we must make a radical change away from reliance on carbon-based fossil fuels in order to avoid a catastrophic long-term change in global climate. On the other hand, the politicians are intensively lobbied by, and sometimes financed by, immensely wealthy and powerful fossil fuel corporations.
Is Britain suffering under the strain of too high a deficit?
25 September, 2014 - 16:39
Analyst John Aziz's latest thoughts on Labour's economic election strategy -Nick Robinson — slated by the "Yes" campaign for his controversial performance in Scotland — clearly cares dearly about the national debt. And he thinks — as does the vast majority of the political class, it should be said — that we just have too much of it.
Public pressure on corporate tax behaviour works, by Richard Murphy
6 September, 2014 - 14:42
Originally Posted on September 2 2014 An interesting new academic paper has been published suggesting that pressure from activists has a significant impact on corporate tax behaviour.
Are eco-sceptic politicians, not terrorists, the greatest threat?
3 September, 2014 - 12:24
Paul Mobbs, "Mobbsey's Musings", 3rd September 2014 - Eco-sceptic politicians, not terrorists, are the greatest threat to the British public today – statistics versus polemic in 'The War Against Terrorism'.Over the last few weeks, as the situation in Syria and Iraq has deteriorated, we've seen politicians in the West become more bellicose about the "threat" of terrorism to our way of life. What few in this debate seem to address is whether there is any objective data, compared to other non-terrorist "threats", to support that assertion.
Guerilla woolfare: against the madness of mutually assured destruction, by Rebecca Johnson and Jaine Rose
8 August, 2014 - 13:40
Rolling out a seven mile knitted pink peace scarf between the Atomic Weapons Establishment complexes at Aldermaston and Burghfield on Nagasaki Day may sound crazy. It isn't as insane as letting the UK government spend another £100 billion on building a new nuclear weapons system to replace Trident.
Access condemns “trial” and sentencing of Egyptian activist Alaa Abd El Fattah
16 June, 2014 - 12:47 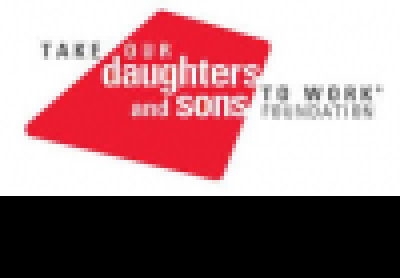 1:59pm | 12 June 2014 | by Access Team,It is with a heavy heart that Access reports that Egyptian longtime human rights activist Alaa Abd El Fattah has been jailed and sentenced to 15 years in prison today, along with 24 other activists.