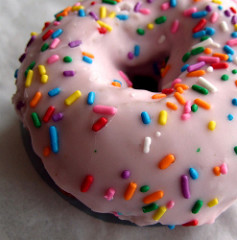 "Privacy International, together with five internet and communications providers from around the world, have lodged an application before the European Court of Human Rights to challenge the British Government's use of bulk hacking abroad. Until we brought our original case at the Investigatory Powers Tribunal (IPT) in 2014, the Government had never admitted that it engaged in hacking. Now we are learning for the first time how far-reaching the Government's global hacking capabilities are."

Those who follow the case will remember that it was heard last year at the UK Investigatory Powers Tribunal and, although it was unsuccessful,

"This case, in the words of the Tribunal itself, “obviously raised a number of serious questions” ([90]). It is the latest in a line of cases (Malone (ECtHR), Weber (ECtHR), Liberty (ECtHR), Kennedy (ECtHR), Liberty (IPT), Belhadj (IPT) inter alia) which each address the various powers and extent of surveillance by security agencies.The case highlights, once again, the significant hurdles that any claimant will have to jump over in order to challenge state activity in this (legally-complex) area. It is expected that the judgment will put into sharp focus the extent of GCHQ’s surveillance capabilities and the significant implications for the rule of law and the separation of powers.
The case is significant for a number of other reasons. First, it was the first time in which GCHQ admitted to carrying out various surveillance activities in the UK and overseas; this openness is at least a small, but welcome, development for public oversight. Secondly, a number of positive ‘by-products’ arose as a result of the proceedings: the publication of the EI code, the signposting of more ‘below the waterline’ arrangements previously unknown, and the amendment of the CMA 1990 by the Serious Crime Act 2015.
There is, of course, no right of appeal to any higher UK court from an IPT judgment. It remains to be seen whether Privacy International or any of the ISPs challenge the decision in Strasbourg, as entitled, and what effect any challenge (or lack of) will have on the passage of the Investigatory Powers Bill through Parliament."

So now along with our co-litigants Privacy International, Chaos Computer Club (Germany), Jinbonet (Korea), May First (US) and RiseUp (US), we have applied to take the challenge to the European Court of Human Rights.

"The court case has shown that the secret services interpreted a vague law completely arbitrarily, evading the need for specific warrants and providing no protection for journalists, activists or the general public. We are now even more convinced of the need for judicial pre-authorisation and for these sections of the Intelligence Services Act to be clarified. It is regrettable that the failure of the IPT to address the lack of either technological or legal limitations on assumed powers has made this challenge necessary."