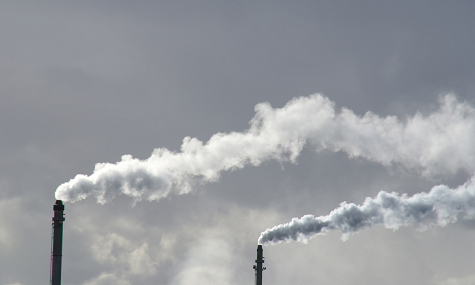 In theory, the world has the solution to soaring emissions – it’s called carbon pricing.

Carbon pricing is an attempt to reduce carbon dioxide emissions by charging polluters to cover their external costs. Most economists and policy-makers argue the only efficient way to do this is through establishing a market for carbon. This is done through an emissions trading scheme (ETS): a fixed number of emissions permits are issued and a cap is set on the total emissions allowed.

Those who then pollute more – oil and gas firms and others who find it harder to make cuts, for example – can cover their higher emissions by buying more permits from those who make reductions easier. But it’s also possible to cover emissions by purchasing offsets from foreign ETS.

In fact, a new report released by the New Zealand government reveals that almost all of their emission reduction obligations for 2014 were met by paying for offsets in transition countries such as Russia and Ukraine, cheaper options because emissions cuts are easier to make there.

The problem is that many analysts believe these foreign emissions reductions would have happened anyway. Cutting waste from coal or pipeline leakages, for example, is win-win for industry as it also keeps their costs down. As a result, the impact of New Zealand’s ETS is close to zero. This also applies to the EU ETS, in which about a third of total emissions reductions come from international offsets. Not only has this overestimated emissions reductions, it may have also contributed to the collapse of carbon prices. In both New Zealand and EU, markets remain far below the estimated cost of carbon. The actual social cost of carbon emissions is far higher than emissions permit prices imply. This also undermines long-term incentives to innovate as it’s much cheaper to just pay for your pollution.

But reforming emissions trading schemes has been a headache so far. Companies benefit from low prices as offsets depress the market and windfall profits – as permits are issued for free – and those unused can be sold on. Chances are they are not looking to give up paying far below the actual cost of pollution and making a profit from selling excess permits, too. At least in other carbon markets this problem is tackled by auctioning permits.

Financial incentives are a powerful force, but for carbon pricing the market design is flawed.

Reposted with many thanks from the New Economics Foundation (NEF) http://www.neweconomics.org/blog/entry/energy-round-up-carbon-markets-have-failed