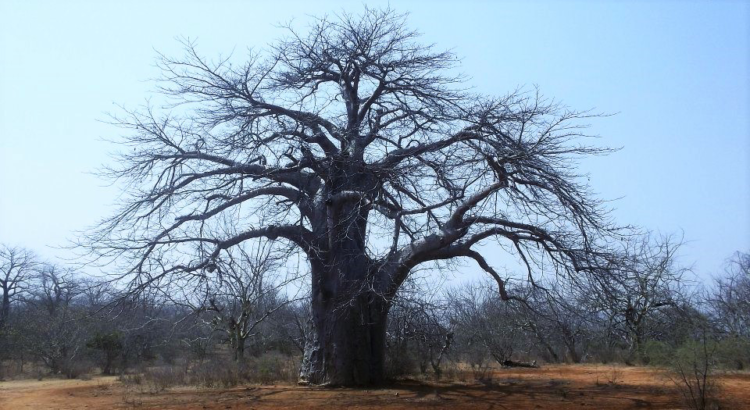 The recent Goldman prize win for Edward Loure and our partner UCRT in Tanzania has had us thinking about land and its use, access (or lack thereof) and ownership, says Ellie Richold of Africian Initiatives.

The Maasai are pastoralists; semi-nomadic livestock herders who move with the seasons in search of fresh pasture and water. Their ancestral lands lie in the north of Tanzania. The government of Tanzania, however, does not recognise pastoralism as a viable livelihood and these groups are left out of decision-making processes with a chronic under-investment in communities as a consequence.

Services such as health and education are not adequately provided for, nor adapted to a semi-nomadic way of life. Development has focused on a push towards settling communities and the denial of customary land rights. Land grabbing has led to a situation in which families are no longer able to move with their herds, while overgrazing on the land they do have has meant a decrease in milk production.

Land has been appropriated for agriculture, government use and for conservation and tourism. Conservation is the most common cause of land loss in Tanzania. The squeeze on land and a rising population have resulted in more people reliant on less livestock while other income earning opportunities are limited and in some cases, denied them. 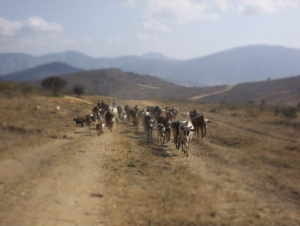 In Tanzania and all across many parts of Africa governments prioritise animal rights over human rights due to the vast amounts of money that can be made from conservation via tourism. The creation of nature reserves has not been to the benefit of local nomadic communities. Having been pushed off their indigenous lands they are now commonly identified as ‘conservation refugees’.

German animal conservationist and director of the film ‘Serengeti Shall not die’, Bernhard Grzimek actively lobbied to keep the Maasai out of the Serengeti. He once stated: “No men, not even native ones, should live inside its borders. The Serengeti cannot support wild animals and domestic cattle at the same time.” But Fred Pearce, author of  The Land Grabbers: The New Fight Over Who Owns the Earth, argues against this notion, stressing that before outside intervention, pastoralists, their cattle and wild game co-existed: ‘Conservationists are seeking to preserve a version of the wild that has not existed for thousands of years.’

It is because of these injustices that grass roots organisations like UCRT, who have a track record winning back land rights for pastoralists, are a beacon of hope for marginalised communities such as the Massai and Hadzabe tribes of eastern Africa.

African Initiatives’ long term partnerships with organisations such as UCRT, who share our mission values, enable us to approach these issues with sensitivity because they provide local knowledge, context and community level interaction.

The Ngorongoro Conservation Association (NCA) is the only national park in Tanzania with mixed land use policies, meaning it is the only one that allows people to live within its borders, but access is strictly controlled. We are lucky to work with The Pastoral Women’s Council, who implement long-term structural solutions for the poverty and marginalisation of Maasai pastoralist women and children, with a focus on education. They are the only one of our partners who has access to work within the NCA.

The term ‘National Park’ is used all over the world and can generally be defined as: ‘an area of countryside, or occasionally sea or fresh water, protected by the state for the enjoyment of the general public or the preservation of wildlife’. With more than 6000 national parks worldwide, the issue of land grabbing and ‘conservation refugees’ is a global issue. There are hundreds of thousands of people living in British national parks alone. Can you imagine if the majority of these people were displaced to the boundaries, like the tribes of Tanzania’s Serengeti? 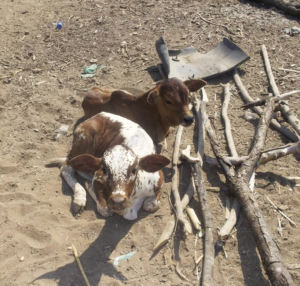 Although UCRT’s success in securing over 200,000 acres of land for village and community ownership is a cause for celebration, these victories are small islands in a sea of uncertainty. The pressure of tourism alongside intense droughts caused by climate change means the viability of grazing herds to maintain some kind of livelihood is seriously under threat for these communities.

African Initiatives seeks to change this by working with our grass-roots partner to find strategies and solutions to fight back. We champion rights and provide a voice for people who want to continue to walk the lands of their ancestors, co-existing with animals as they have done for centuries.

You can find out more about what we do to support the livelihoods of the Maasai and other marginalised populations here.

And you can learn more about Maasai land ownership issues in Tanzania here.

Reposted with the kind permission of Africian Initiatives